To Bluff Or Not To Bluff – Bluffing And Tells For Beginners 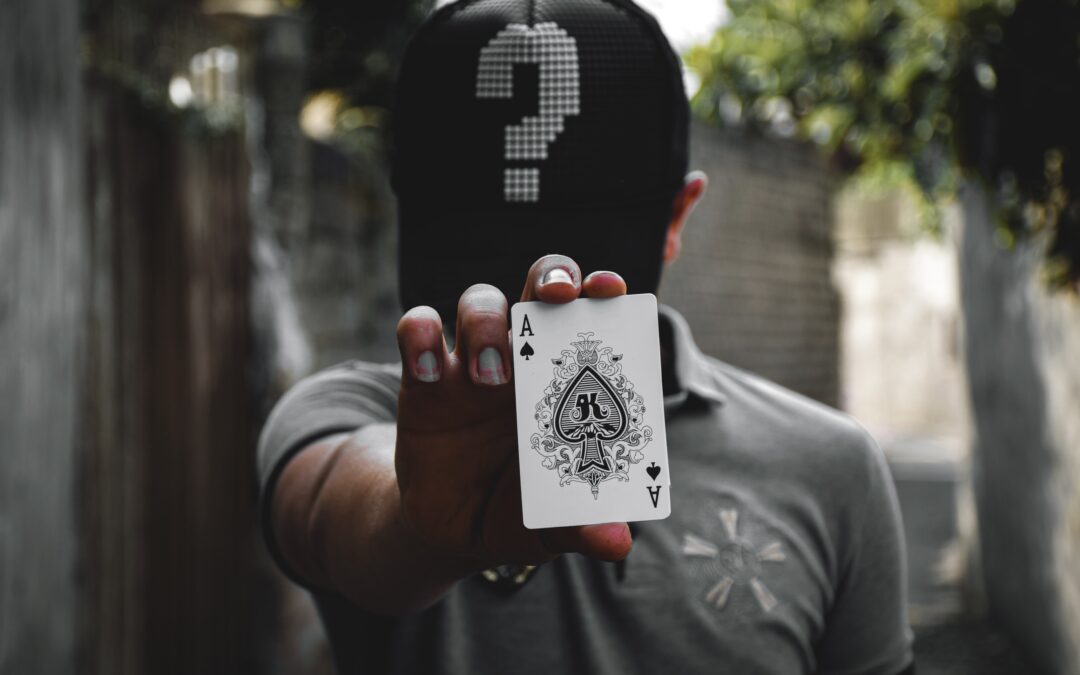 Bluffing And Poker Tells Explained
People bluff for many reasons, but more often than not, the reason will depend largely on the cards in hand at the time and cards they believe their opponents may (or may not!) be holding.

Below are some of the common reasons Poker players bluff:

• Attempting to “strengthen” a poor hand, or attempting to make a really strong hand appear poor, or weak. Either way, the action that follows will be a bet or a raise.
• Securing a free card at a time when the cost of a bet is cheap, i.e. during affordable betting rounds.
• The semi-bluff. This type of bluff is usually made in the event of a poor hand which, if called, may not assume to be the best hand ever played, but isn’t necessarily a losing hand. Such a hand may or may not succeed against those hands that called it.

Why Bluff At All?

While it’s true that there are players who never bluff, they don’t usually stay in the game all that long. This is because once they’ve been identified by their opponents, it becomes easy to beat them.
But while playing against a non-bluffer becomes easy once they’ve been identified as such, beating a habitual bluffer is nearly as simple a feat. This is because habitual bluffers bluff so often that reaching a decision of whether to call or raise will pay more in the long term than folding out. At the end of the day, habitual bluffers are nearly as poorly off as those who never, ever do.

The important thing to remember is the purpose of bluffing, which is to keep your opponents guessing, and never quite certain of your hand or next move. Just like in Blackjack, the cards held can make a huge difference, except in Poker, bluffing is part of the game.

The Value Of Reputation

The mere reputation of being a player who bluffs neither too often nor never at all will nearly always eventually become a powerful weapon in itself. This is because such a player will have established themselves as only bluffing when a bluff is justified and called for.

Players with this type of reputation can often be seen dominating a table simply by being known for their decision-making abilities. This is because it’s difficult to tell whether this type of player actually has a good hand, or is merely hinting in that direction. If you can’t tell the difference, you may be better off playing slots argentina instead.

The more opponents you manage to add to the cluster of people you’re successfully bluffing during any given betting round, the more effective your bluffing prowess. The down-side to this is the more people you’re trying to bluff simultaneously, the more likely it will be that someone will end up calling you out on that bluff.

Every successful Poker player knows the value of the ability of getting into the head of an opponent. This simply means knowing how to correctly “read” their tells.

People give away these “tells” or visual clues about the hands they perceive themselves to be holding all the time. The better and more practised you become at reading human tells, the more success you’ll enjoy as a Poker player.