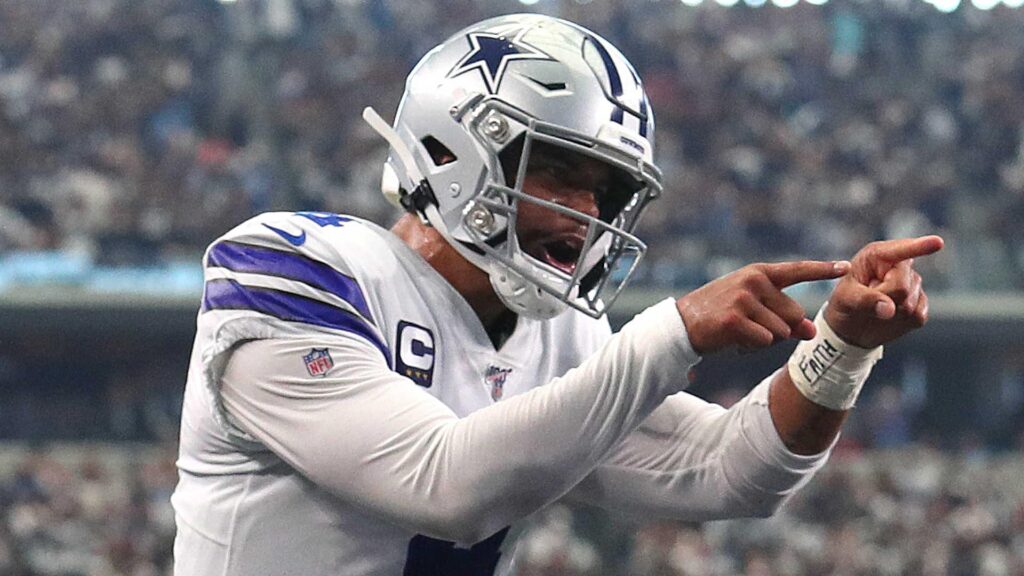 In a recent statement, Dak Prescott, Quarterback for the Dallas Cowboys, has strongly denied that he hosted a huge party a couple of weeks ago, which saw him being accused of violating policies around responsible social distancing.

Prescott has let it be known that, while he understands and accepts that additional demands and more media scrutiny are part and parcel of being a Quarterback in the National Football League, it’s frustrated and disappointed him how utterly inaccurate information is being reported as fact.

In his first public comments since the TMZ report that suggested there were roughly 30 people at his place at one point, Prescott said that it was fewer than 10, and the occasion was dinner, at his home, not a party.

Police received an anonymous tipoff that Prescott was violating social distancing guidelines at his Prosper, Texas home on the night in question. An officer responded to the call, going out to check, and was apparently unable to verify the report of a party going down. So he just reminded the resident, one Dak Prescott, of the current CDC guidelines, which include social distancing. No citation was issued.

TMZ additionally wrongly attributed a photo of a restaurant as Prescott’s home.

The Lines of Communication are Open

Greg Abbott, Governor of Texas, has issued a directive for citizens to stay home until April 30. It asks that we minimise social gatherings and direct contact with non-household-members except where it is absolutely essential.

While the rest of us limit our social interactions to Facetime calls, Zoom meetings, and real money Blackjack via our smartphones and desktops instead of at land-based casinos, what are our favourite athletes getting up to?

Stephen Jones, Vice President of the Dallas Cowboys, was asked about this situation, about whether Prescott and Running Back Ezekiel Elliot are adhering to the requirements for social distancing. The pair were seen together in footage showing them working out with Dez Bryant, former Receiver for the Cowboys.

Jones reiterated Abbott’s directive, confirming that they’ve spoken with Prescott and Elliot and that the two players are 100% aware of how sensitive the situation is. He said that he doubts we’ll see any more stories like this one again any time soon and that the respect the team has for these players is warranted by the responsible way they’re behaving at present.

Prescott himself has said that he’s incredibly sensitive to challenges all Americans are currently facing and that he’s making a particular point of supporting the courage and hard work of first responders, medical personnel, and providers of essential services. He stated that everyone is educating themselves as best they can about the importance of health and the need for isolation during the pandemic and that he will continue to do so too.

Prescott promised to keep making sure he’s doing what he can to follow each and every guideline until a return to normal activities gets officially approved.