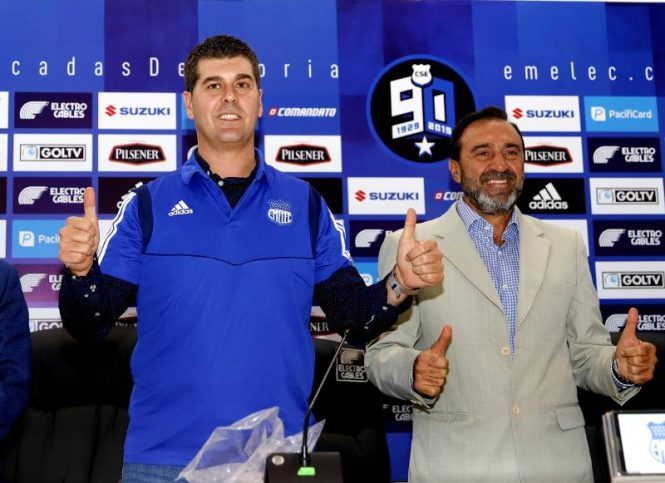 LatAm Turns To Europe For Football Managers
There was a veritable torrent of football related news and information flying around in January. So much, in fact, that many missed a rather interesting development in the Latin American world of football. Namely; South American football clubs are now frequently turning to Europe in search of world class managers.

Jordi Cruyff was, of course, signed on as the coach for Ecuador back in January, which caused some waves. But the truth is that this is just 1 such move made by a South American club in recent months, with many other clubs doing the same. In fact, the increase in foreign coaches being brought in shows signs of a being developing trend.

So what exactly is causing this trend? More importantly, will it result in any massive changes in Latin American football that should have enthusiasts running to apostas esportivas no Brasil sites?

Time For A Shake Up

The Ecuador Football Federation (FEF) unceremoniously gave former coach, Colombian Hernán Dario Gómez, the boot. The decission came after the Colombian’s recent attempts were nothing short of a disaster. Although he led the team in a semi-successful bid into the 2002 World Cup, which was the first year in which the team even qualified, his 2019 efforts fell short by a long way. Gómez was at the helm for the Copa America 2019 event, and Ecuador’s showing was nothing short of embarrassing.

Clearly, FEF felt that it was time for a major shakeup, hence the turning to the European pool of coaches. It was Jürgen Klinsmann who was contacted first, but after he refused to relocate, FEF then got in contact with Jordi Cruyff. The rest, as they say, is history.

As it stands, Emelec is, of course, helmed by Spaniard Ismael Rescalvo. Plus it was Miguel Ángel Ramírez that took Independiente Del Valle to success in the Copa Sudamericana in 2019. In Brazil, equal success has been seen with the help of European talent, including ex-Porto manager Jesualdo Ferreira. The results have spoken for themselves, with impressive outcomes seen wherever a European manager has been invited to take charge.

According to French assistant manager of Fortaleza, Charles Hembert, there has been a noticeable series of developments in South American football. He explained that the first trend was the adoption of an older generation, with experienced talent being sought out to make big changes. This saw names like Luiz Felipe Scolari being brought in, Hembert pointed out, which saw good results. Hence, many other clubs in Brazil decided to do the same.

But then a new trend developed, Hembert continued, and the previous experienced managers were moved out to make way for younger names. This saw Roger Machado and Fábio Carille be appointed, which again saw good results.

Now, Hembert added, there is once again another trend; foreign coaches, namely those from Europe. Again, the results are positive.

The trends works out well, Hembert concluded, with each new trend getting special interest, which in turn gets the players in top form, and eager to be part of the new wave of change.