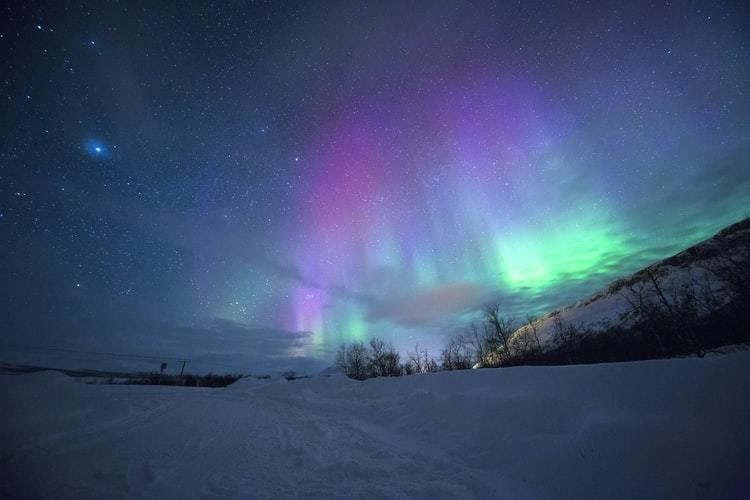 Eidsvag, Norway
I met many memorable people during my backpacking travels a few years ago. One of the few folks that has been most difficult to forget is Christian – a burly Norwegian engineer who crossed my path in Zanzibar. We spent more than a few nights drinking the local beer and talking complete nonsense until the dawn hours.

He said the same thing that every newfound holiday friend says when the time comes for you to part ways: “You must come visit me!”, and of course we both knew it was simply what one said in that situation. Nobody ever actually visits.

Christian, however, was sincere as I recently found out. We had stayed in contact over social media and he invited me to Norway to join him on his trip to see the 655m high Mardalsfossen waterfall. I had some leave days saved up, so in a burst of spontaneity, I took him up on the offer.

Once I had reinforced my winter wardrobe with a few necessary purchases, I found a decently priced air ticket to Bergen. Christian picked me up from the terminal and we headed directly for Eidsvag, the closest village to the waterfall. He had booked two small rooms for us with basic amenities. As we would be doing little there except for sleeping and showering, this seemed the wisest choice and it suited my travel budget too.

The following morning found me mildly disoriented as the sun only sets near midnight and rises again between 3-4am. Christian chuckled at my deep-set, puffy eyes and bade me not to worry, the hike would wake me up.

After a hearty breakfast, we were once again in the car but for a much shorter drive. The trail started close to where we parked. As we hiked, Christian chatted to me about how the falls had been controversially developed for hydroelectric power, thus the hike was only worthwhile during 2 months in the summer when the flood gates were open.

It was not a lengthy hike, but the trail was steep, and I was soon struggling to keep up with Christian who seemed unbothered by the incline. The closer we got to the falls, the louder the deep rumbling sound of the crashing water became. The surroundings grew steadily more enchanting as we climbed and I felt like I’d hit the jackpot at casino slots Argentina.

Finally, just as I thought that the sound of the water could not possibly get any louder, we emerged from the forest to one of the most stunning views I can recall seeing in my lifetime. The spray of the falls spattered our clothes and faces, such was the scale of this natural monument.

It was a cascading white line that sharply divided the ash-grey rock and deep emerald forest. Christian turned to look at me with a wild grin on his face. “Not bad, eh?”, he chuckled as I stood gazing slack-jawed at the raw beauty that surrounded us.

We stood there for an immeasurable amount of time taking in the scenery, getting steadily wetter from the spray. Neither of us complained.